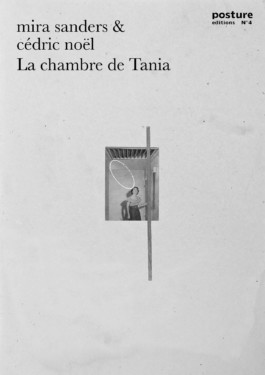 La Chambre de Tania is a meeting between two artworks. It carefully interweaves collages by Mira Sanders with a science fiction story by Cédric Noël. Both artists share similar interests: architecture, psychology, engineering, painting and drawing. Sanders draws new lines of flight along and around the surface of photographic images taken from do-it-yourself magazines from the sixties. Figures and hands of makers assemble and disassemble things. Are they professional or hobbyists?
This work using the machinery of the imagination reveals gestures and their potential. Noël writes about the 'imago' and creates a tension between the concept of a perfect form and an ideal representation. The story consists of a series of clashes in a world which is managed by the Arantèle - a place where people dress in the suits of symbiotic plants or insects.
The edition is the fifth by Posture Editions – a series of artists' publications. For each issue a different artist is invited to organise his/her work as a sort of printed exhibition.
64 pages, black | white, 21 x 30cm, French | Dutch, ISBN 978 94 9126 205 0 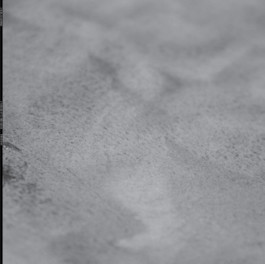 A Voyage into the Moon - chapter 2: Overture, 2019
This vinyl record is the second chapter of A Voyage into the Moon, a collaboration between the artists Cédric Noël and Mira Sanders. Since their journey in Japan in summer 2017, Sanders and Noël developed a science fiction inspired by their observations and historical/actual underworld situations. Literally referencing to the in classical music often used notion of the overture, Noël’s and Sanders’ A Voyage into the Moon – chapter 2: Overture consists largely of field recordings they made in summer 2017 in Japan. Instead of just juxtaposing sound fields, they composed "a sound(scape) travelling". This is mixed with a Japanese narrated science-fiction story. One side of the record scores a soundscape that traces the navigation of the protagonist from her home to the launch of her space shuttle. It is followed by a second part whereby we hear the protagonist telling about her travelling. The cover of the vinyl record suggests a (moon)landscape. The inner sleeve gives the English translation of the Japanese text and the colophon.
Credits vinyl record: Mira Sanders & Cédric Noël A Voyage into the Moon – chapter 2: Overture
Format: 12” Duration: 00:18:11
Voice: Miyao Mari
Sound mixing: Maxime Coton
Translations: Yannick Cadiou, Miyao Mari, Bureau Doove
Publisher: Sound By Visual SBV004LP - 2019
Thanks to Stephan Balleux, ARGOS and Flanders State of the Arts
Cédric Noël
Cédric Noël